The island of Burano is like something out of a dream: Imagine row after row of the most cheerful, brightly-colored homes, and you’ve got Burano.

A friend of mine and her husband had ventured there a few summers ago, and her photos were to die for, and just like that, I knew that I needed to go to Burano the next time I found myself in Venice.

The ladies and I waffled a bit as to whether we should do an excursion or just catch a ferry ourselves; in the end, for the sake of ease, we did this excursion to Murano, Burano, and Torcello for $24 a person.

The excursion itself lasted about 5 hours. It was about 45 minutes from Venice to Murano, where we saw a glassmaking demonstration (which is super interesting, by the way) and we looked at different glasswares in shops along the water. I wasn’t interested in buying overpriced Murano glass when I could get it cheaper in Venice, so I wandered off on my own and took some random pictures of the houses and the water. 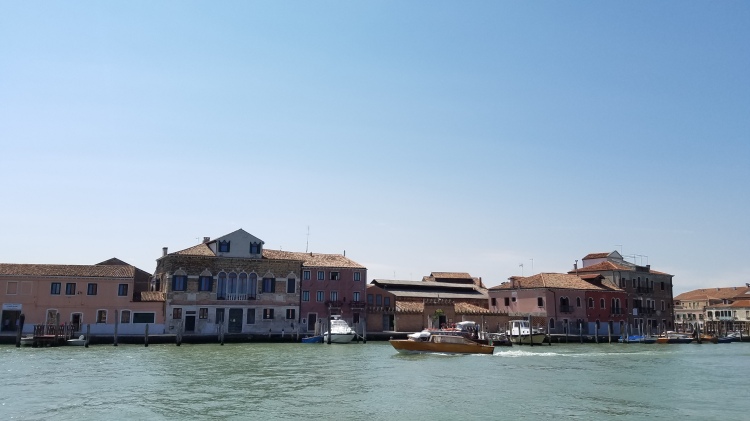 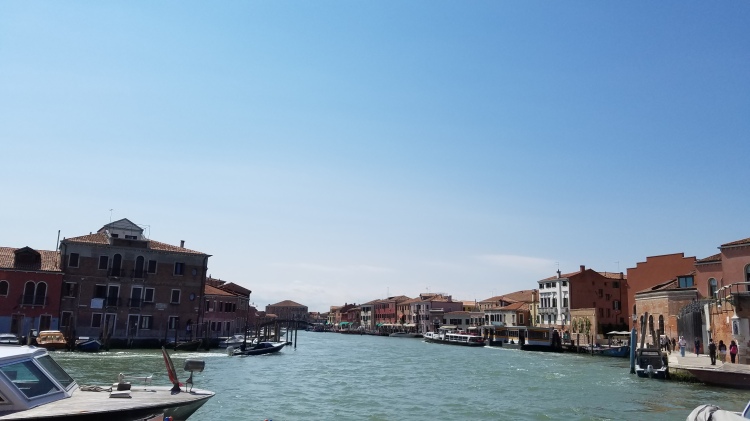 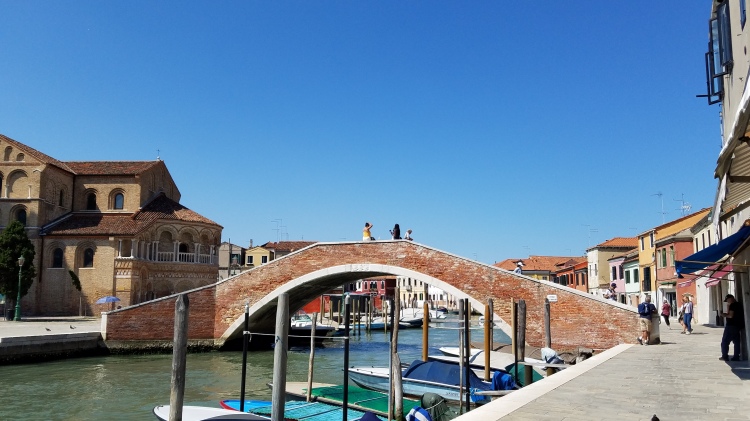 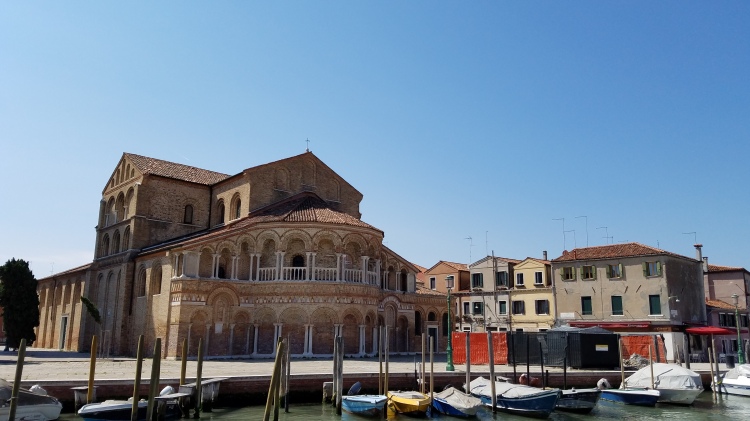 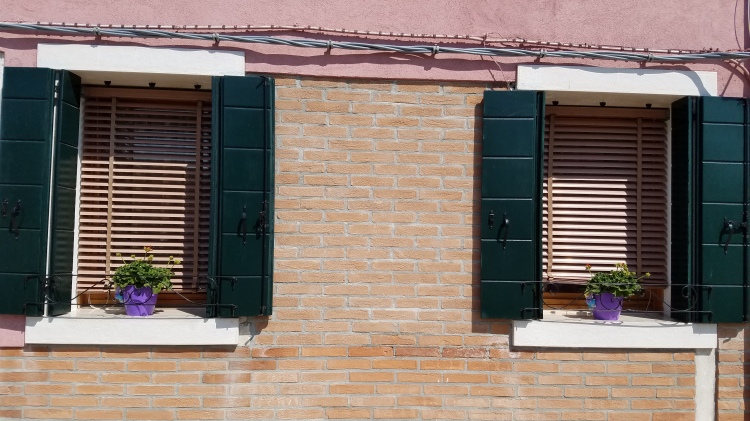 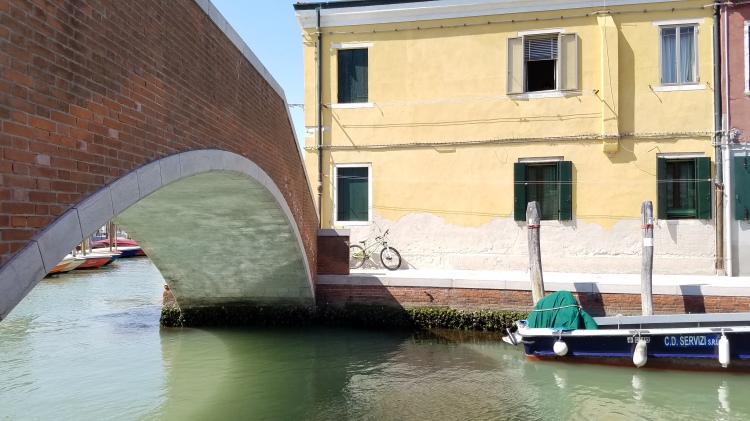 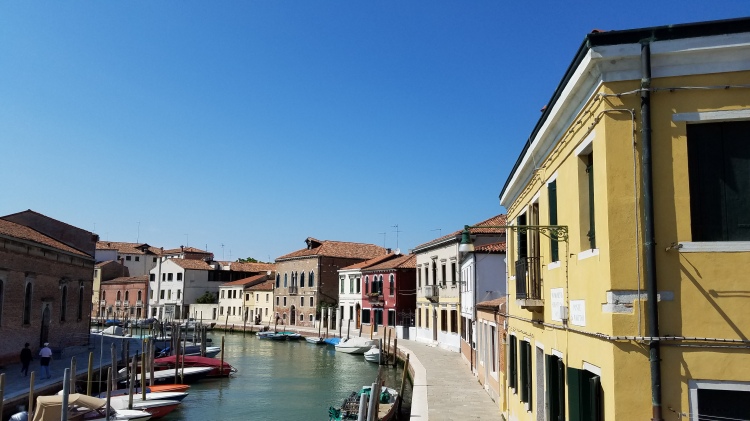 Next we headed to Torcello. Whereas we didn’t have quite enough time in Murano, we had a little too much time in Torcello, considering how little there is there. We all got gelato and sat for a little while before wandering along a canal that led to the island’s only church. What it lacked in excitement, though, Torcello made up for in peacefulness, though. Plus I got a cool picture on top of a bridge that had no railings. (Seriously, guys, it was a miracle I didn’t fall in.) 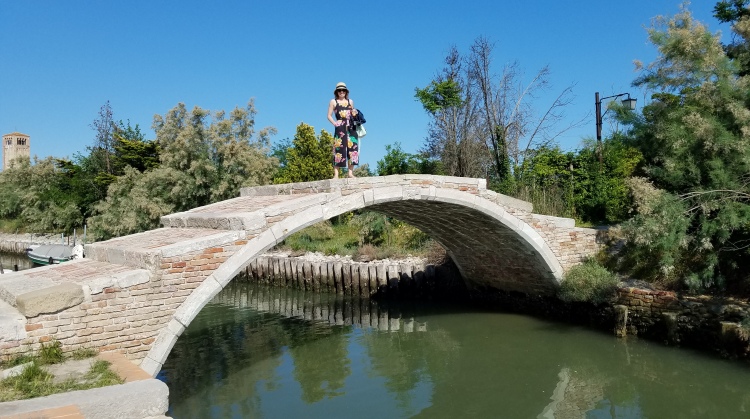 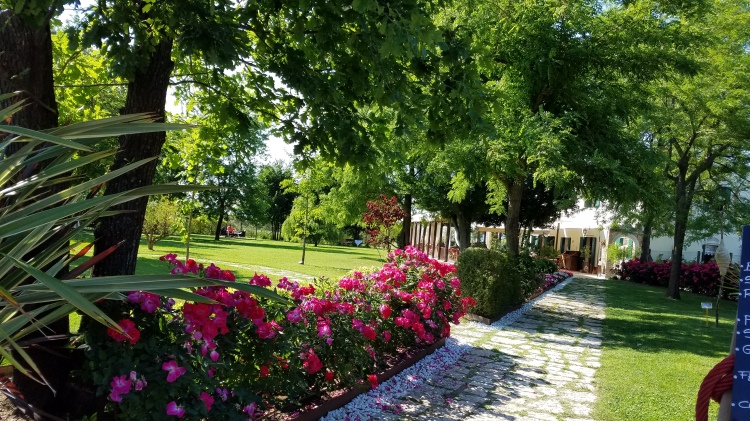 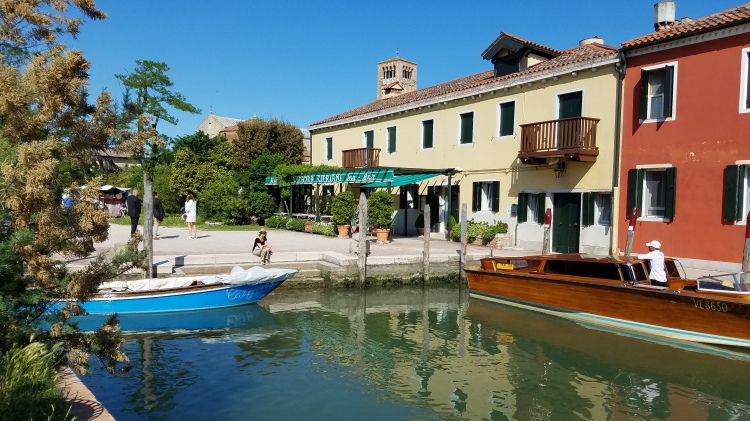 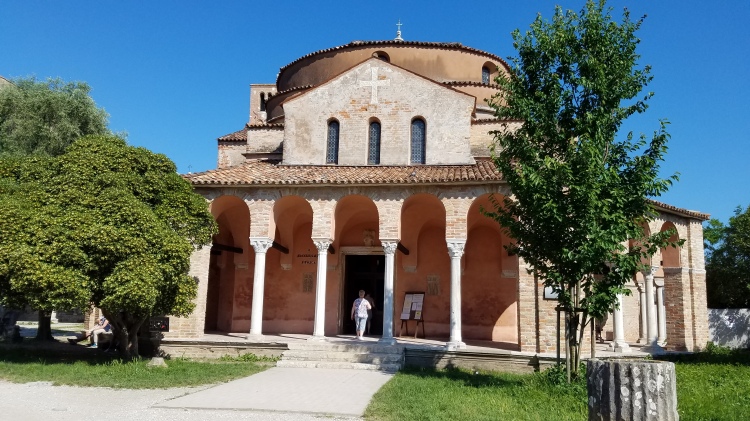 Finally, we went to Burano, which really was the one I was most excited about (see first sentence about Burano being the island of my dreams). I love bright and bold colors, so Burano was photography heaven for me. My friend Amanda and I just wandered the streets shooting photos of bulidings and bridges.

(Fun fact: Residents of Burano are required by law to keep their house the same color.) 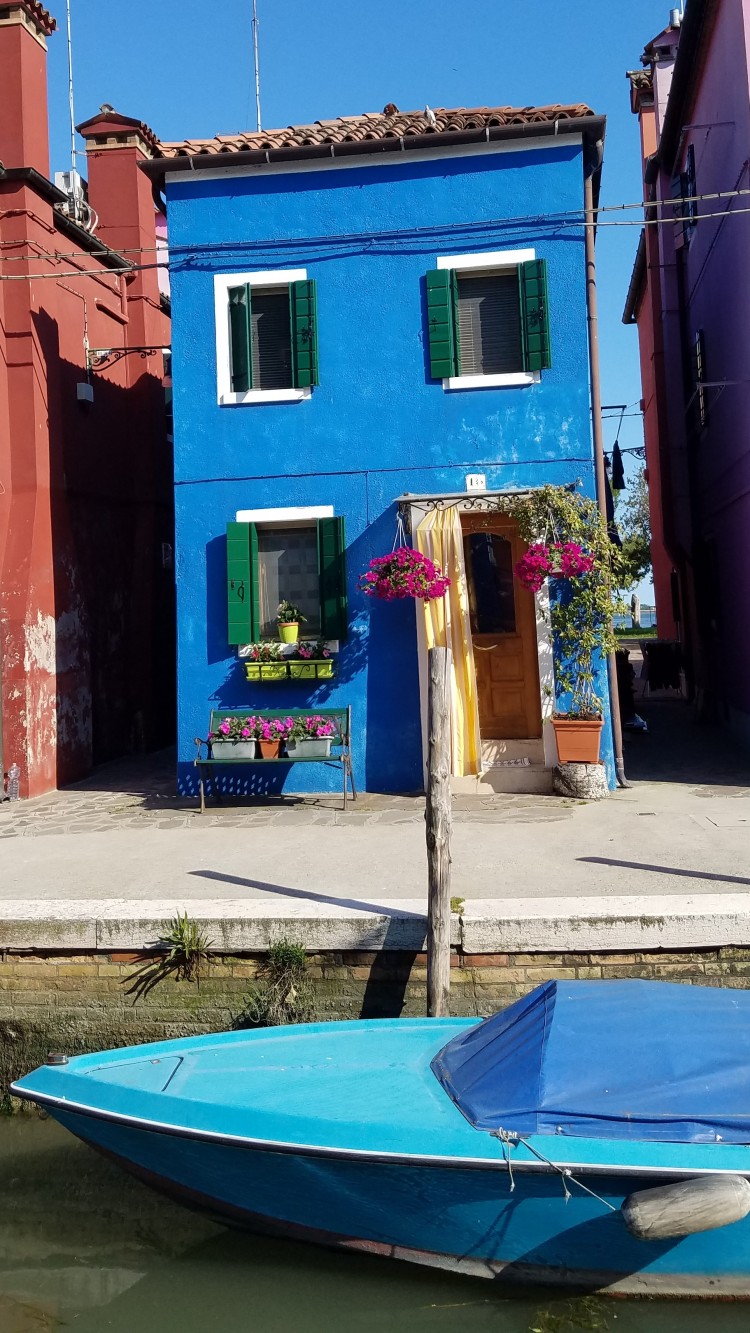 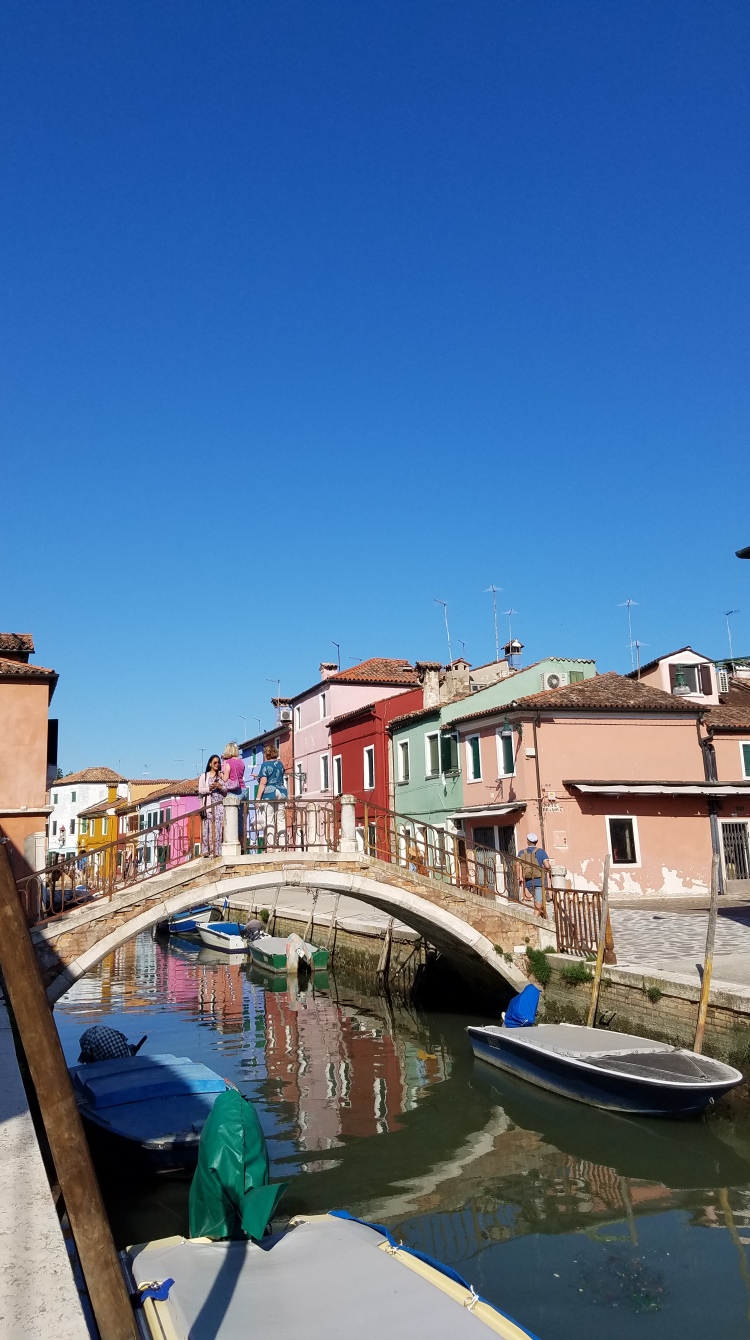 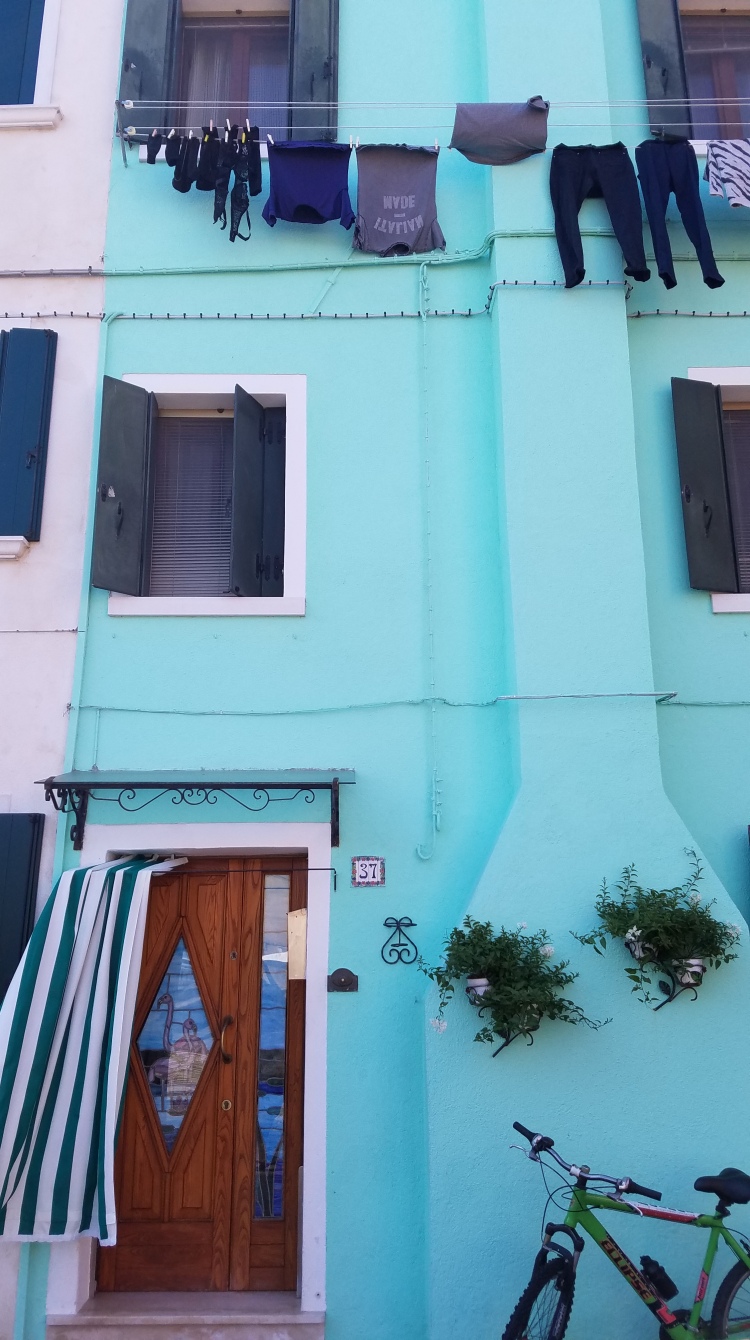 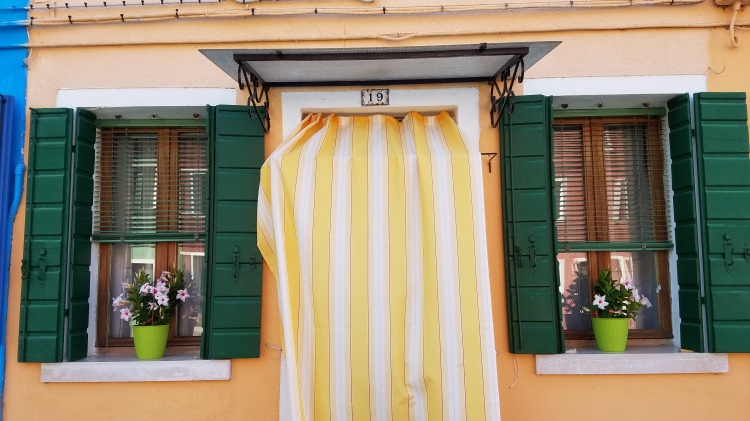 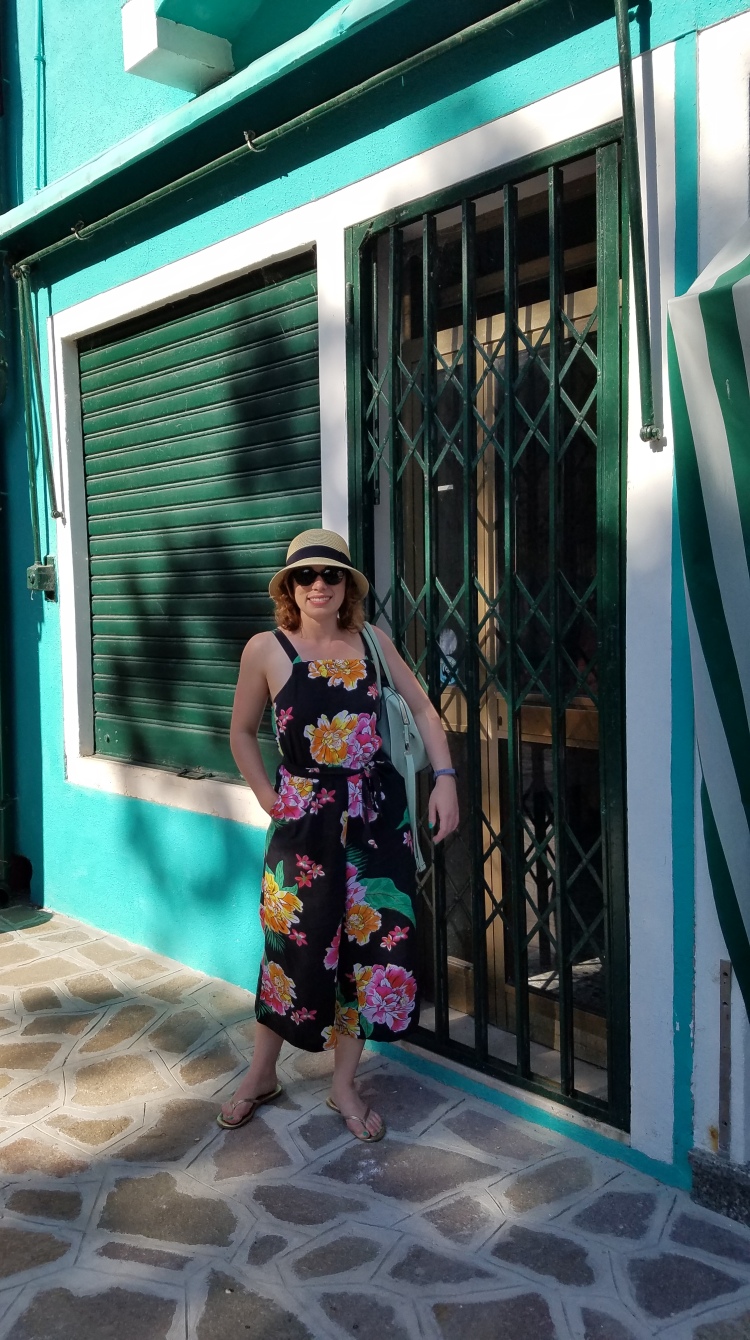 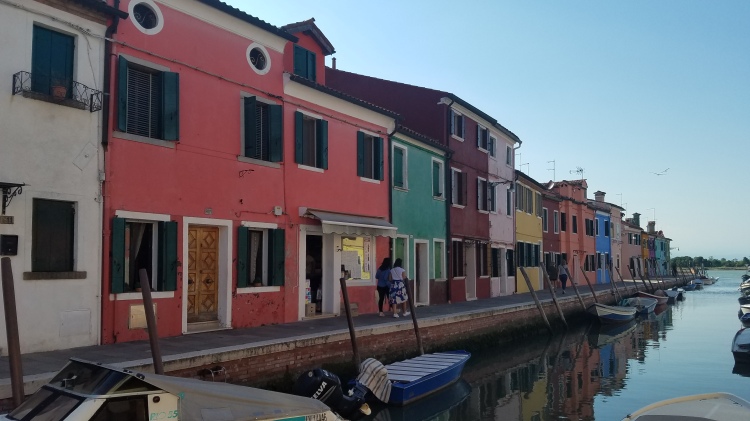 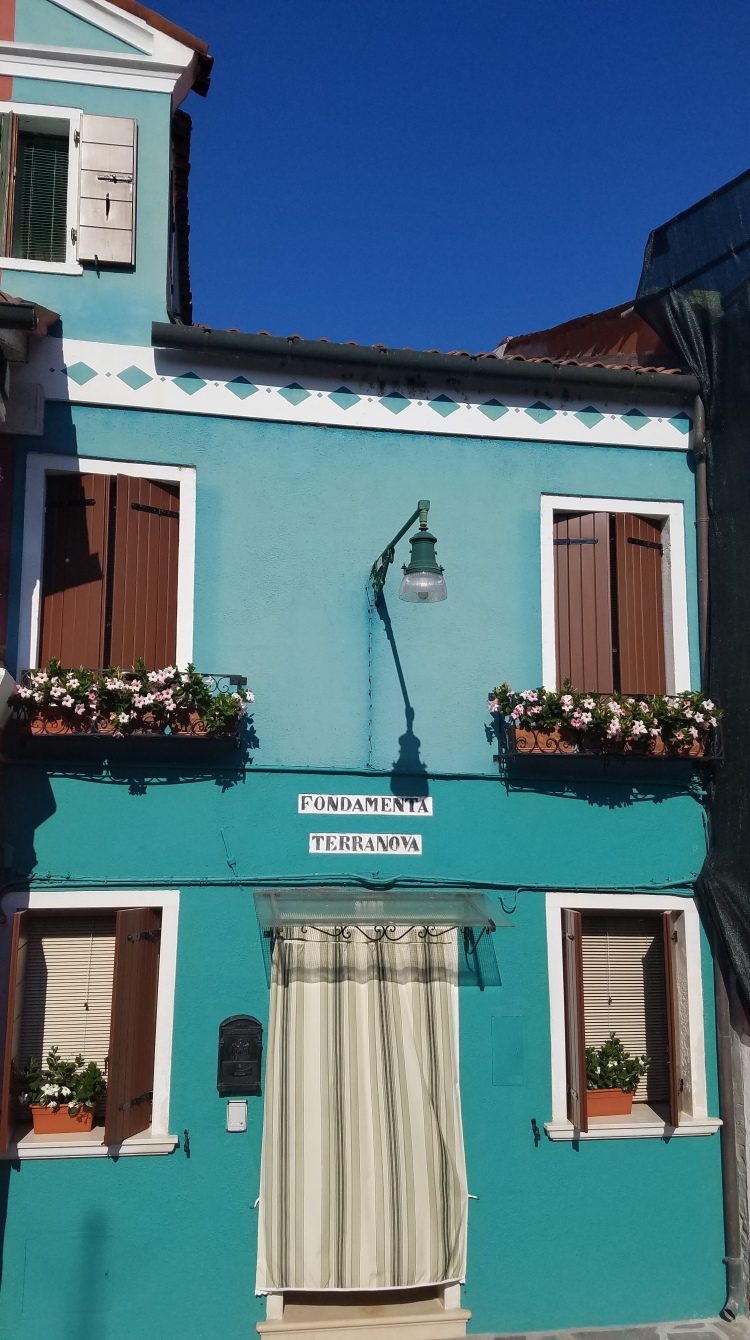 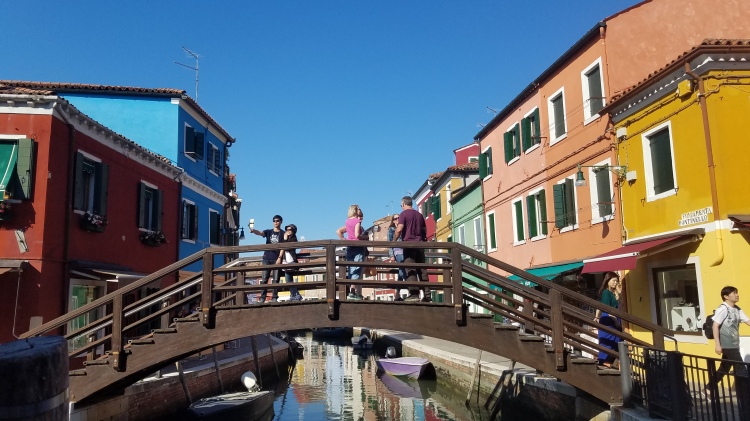 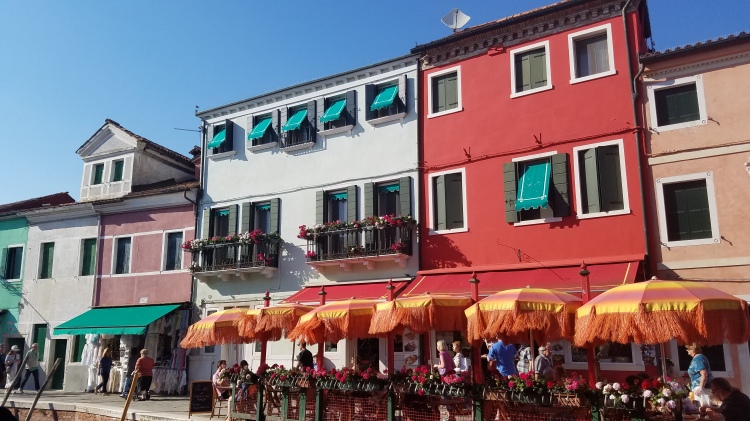 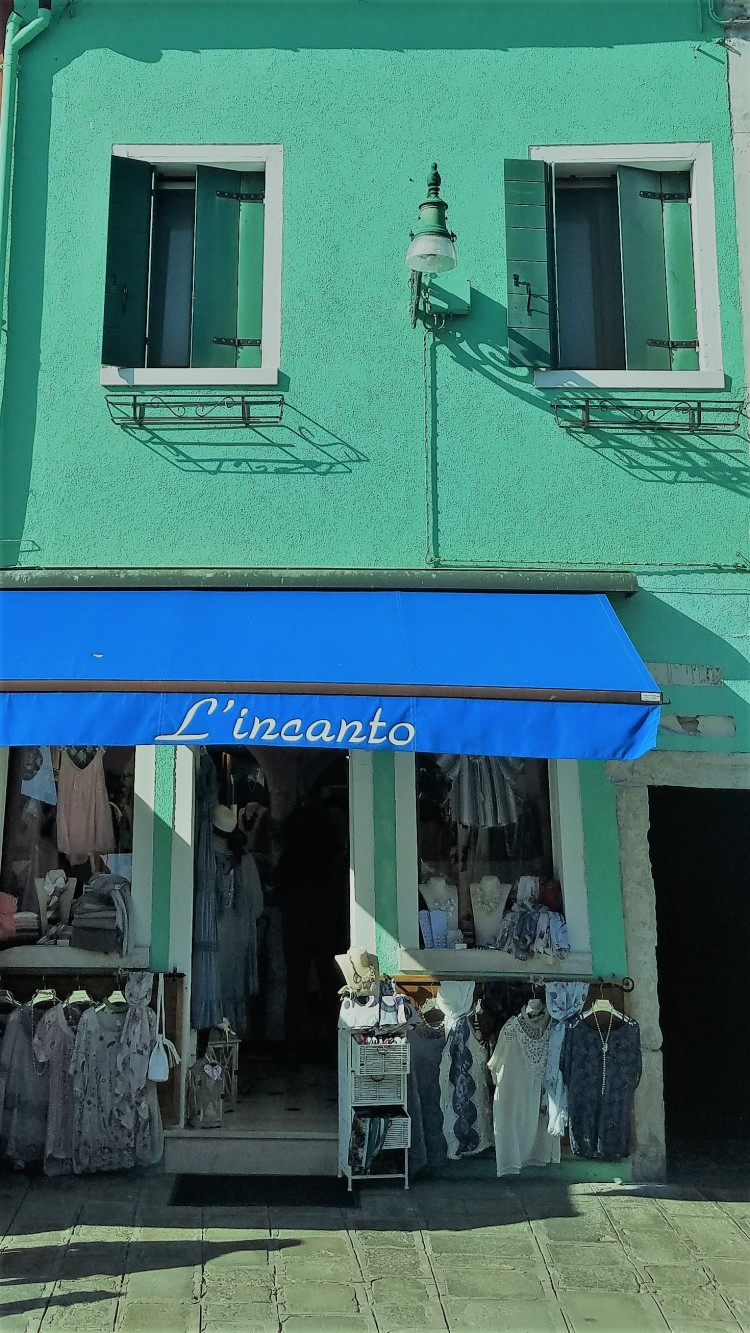 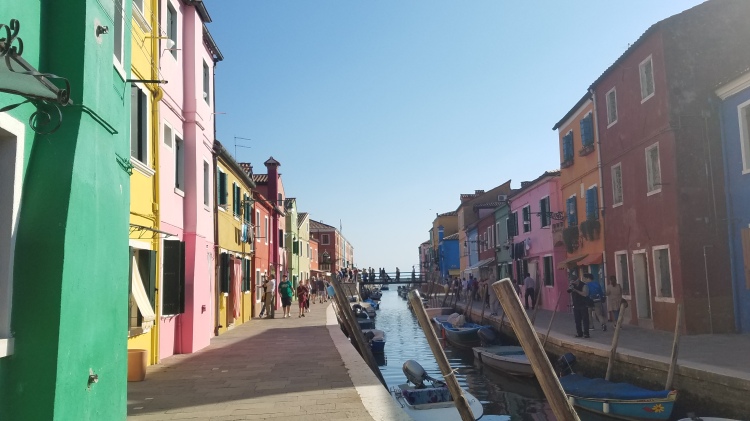 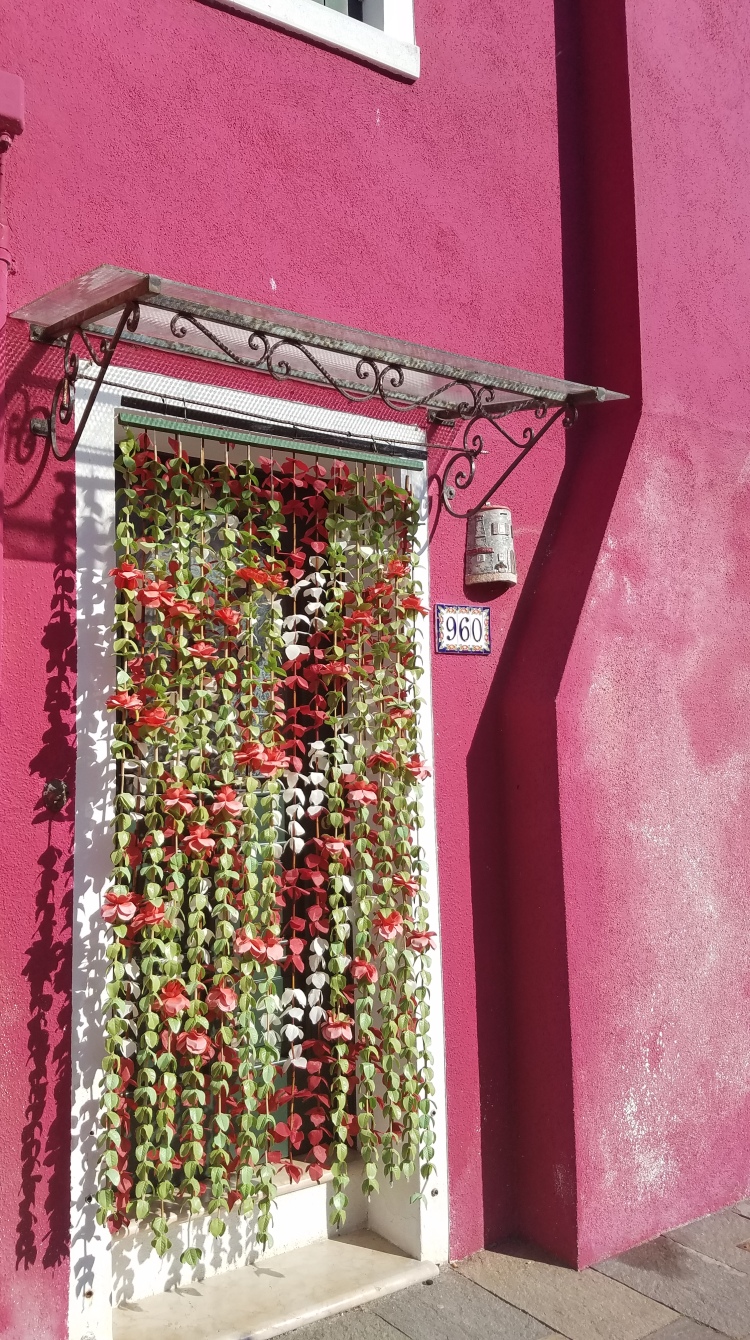 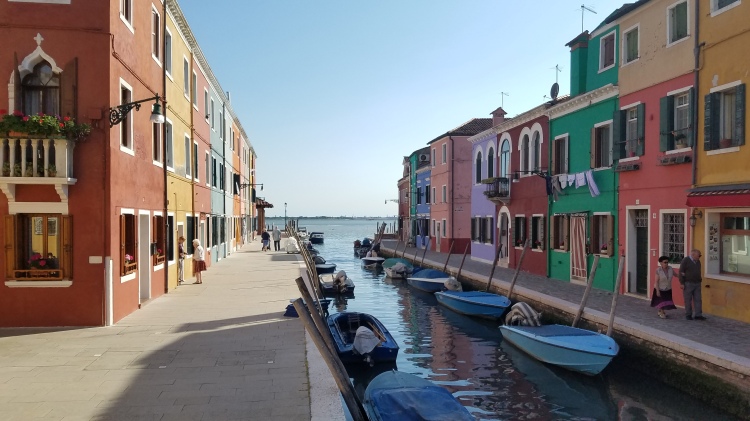 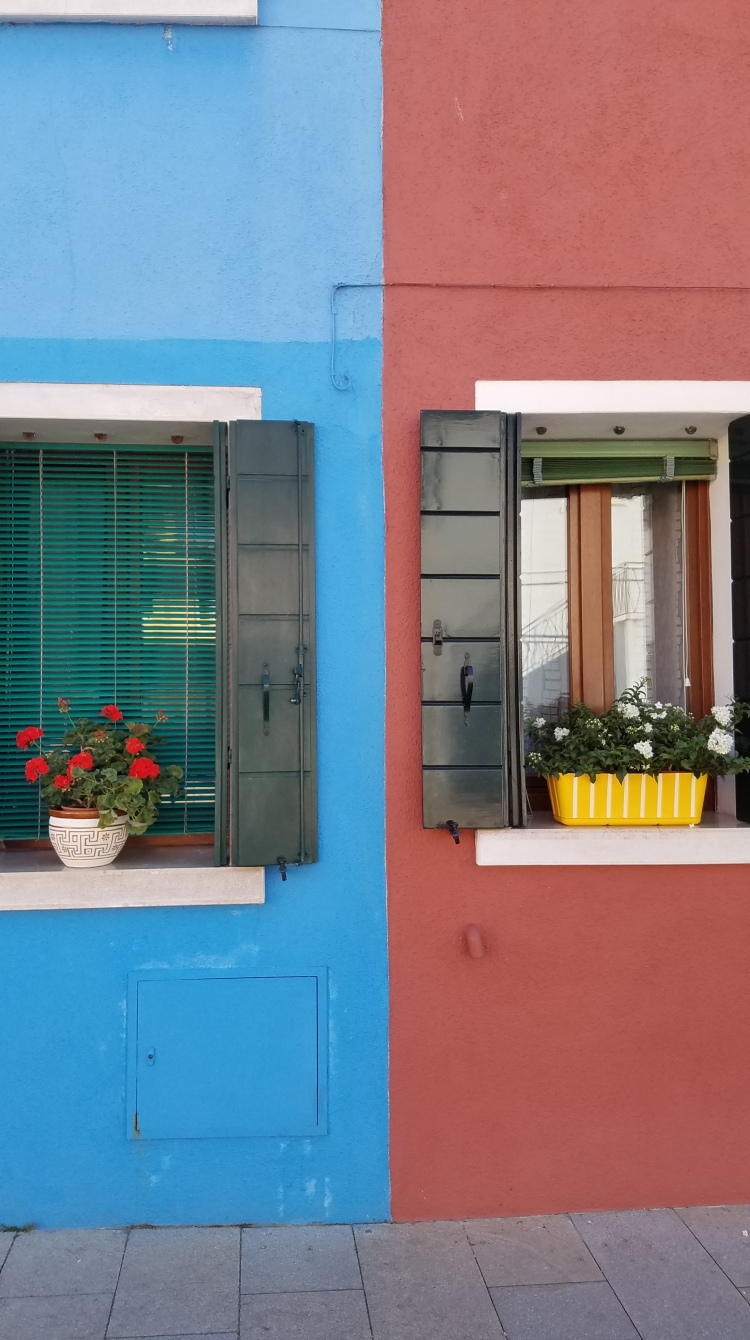 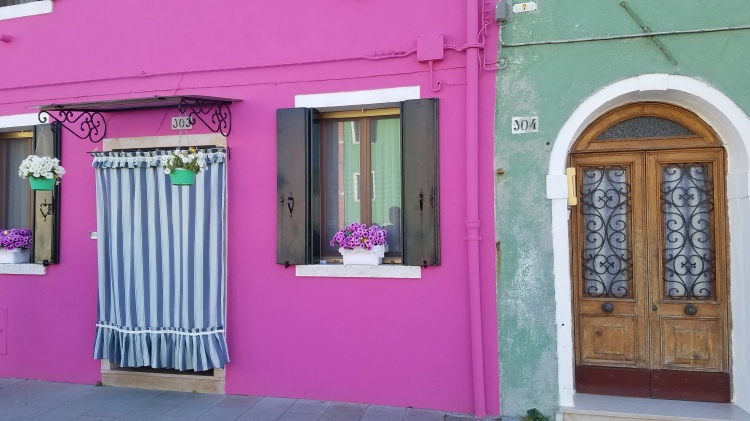 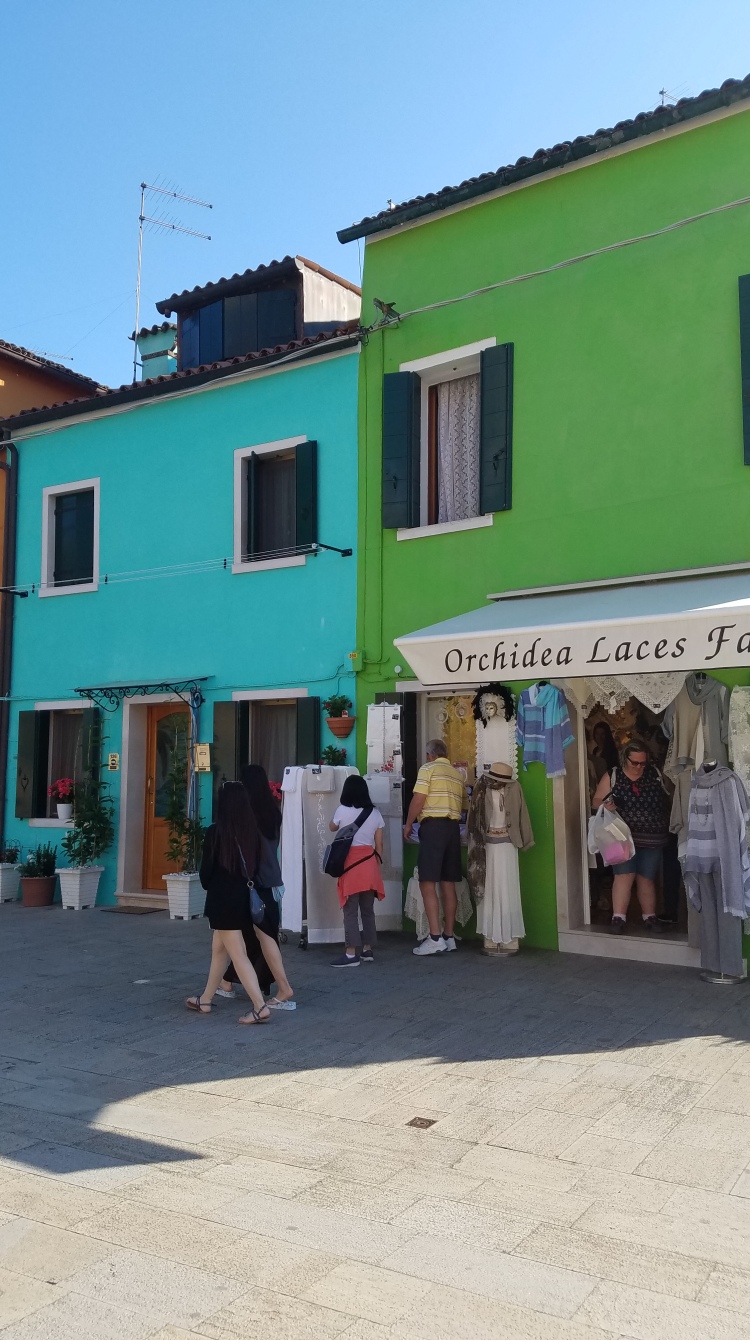 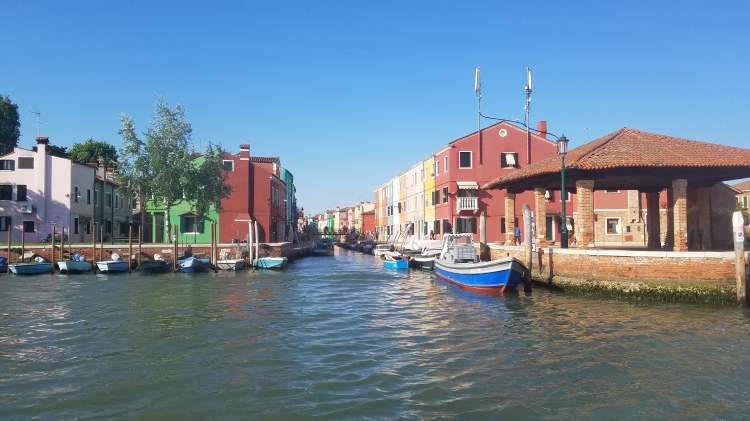 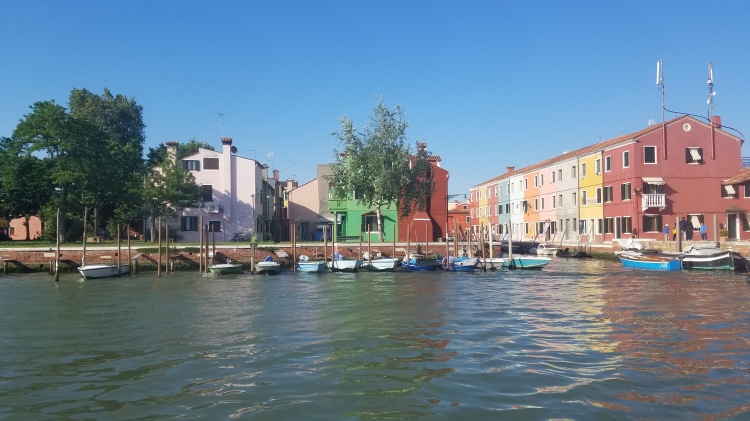 I’ll be honest with you, the excursion itself was nothing special. The guide didn’t provide much information, although what little she did share, she shared in five different languages, which was in itself rather impressive. For the most part, she was pretty much just there to make sure everyone got on the boat before heading to the next location.

Was the excursion worth it? I think so, at least for our purposes. It was comparable in price to a 24-hour vaporetto ticket, but we didn’t have to think about how to get from place to place. Although part of me would rather have just gone to Burano and spent a little more time there. We were maybe on each island for about 40 minutes (although the glassmaking demonstration took up much of our time in Murano).

My advice: If you don’t have any desire to get Murano glass from actual Murano and don’t mind taking your chances on the vaporetto, just take a little jaunt to Burano on your own; then, you can spend as much time as you like feeling like you’re being hugged my a rainbow (because seriously that’s how it felt)!